It's been a while since I posted something here and a lot has happened. The NIH project, announced in the last blog post, was merged. Our own C library reached the point where it can run Python, GCC, and more recently Quake. A lot of bugs have been fixed, and new features added. ToaruOS is now on version 1.9.3 - released today. There's still a lot of things to finish porting, and new ports to look into (I'm thinking I might even try to port QEMU, which needs glib). 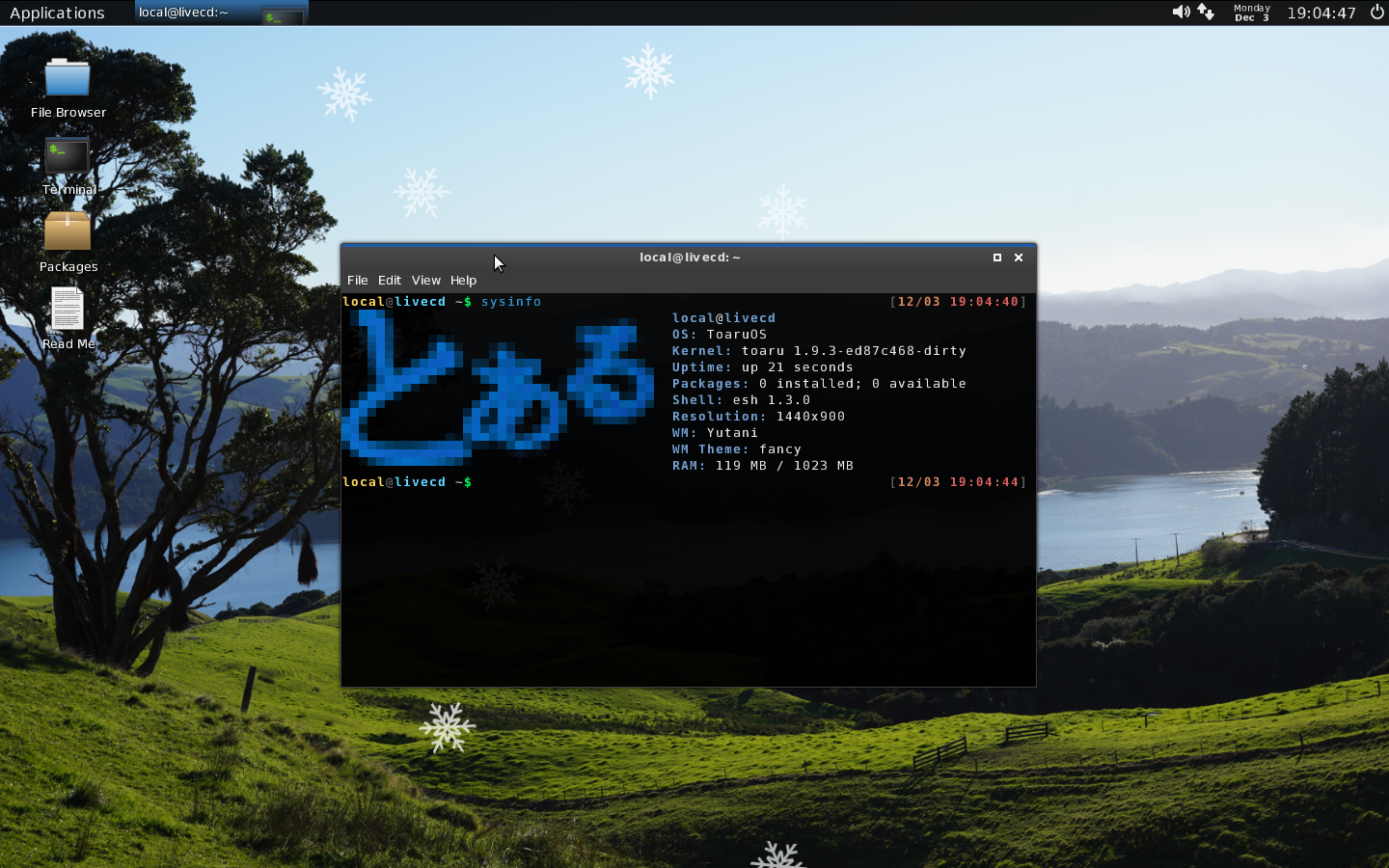